The clash of darkness and light has come and the Lord is speaking a word in this dark hour of America. 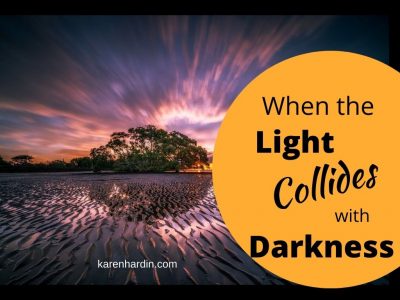 As we watch the ongoing coup attempt, it’s almost like watching a fictional movie because it’s just unbelievable to think this is real. The words and actions coming from the Democrat leadership to silence the Republicans and to silence justice are so far beyond even the strangest behavior we have seen to date, that it’s hard to fathom how is this happening in America?

It’s one thing when we see unbelievers acting in that manner. In fact, we have come to expect it.

But what has been harder part are the many instances in the last few weeks, in which Christians have shot at our own:

But what I heard in my spirit was, “It is time to LIGHT IT UP!”

We first do that when we remember WE are the beacon on the hill. We are the light.

It is us! It is our words, our actions, our prayers. WE are the ones who are to stand up and shine our lights.

SEE ALSO: Shine! It’s a New Day of His Glory

The darkness cannot hide us. Instead we make darkness flee.

“No one lights a lamp and puts it in a place where it will be hidden, or under a bowl. Instead they put it on its stand, so that those who come in may see the light.” Luke 11:33

How can our light shine if it is hidden under a bushel? In this hour we must come out of from the cave. We must come out from our silent place and out from under the bushel to be a light in the darkness. How do we do that?

Last weekend, my son and I took advantage of the unexpected warm weather to put up Christmas lights. Our family tradition is to turn them on Thanksgiving evening. Yet the other night as I was pondering this word the Holy Spirit impressed on my heart, I felt Him say, “It’s time to light it up!”

While in the natural it appears the dark is getting darker as we watch the circus of injustice called an impeachment inquiry, it would seem there is no light left at all.

But that’s not true. And the Lord said we are to “Light It Up.”

We’ve been under a bushel far too long. Silent. Hidden. And rarely unified. We’ve watched as a political party has been able to set aside their differences to go after their common agenda to unseat the president, while the Church sits on the side-lines fractured in our various denominations taking pot shots at those we disagree. Because they are female, or a rabble-rousing rapper now turned evangelist, or some other situation. We shoot at each other, rather than unifying together as the darkness closes in. It’s time we become the Church don’t you think?

And so as a prophetic act with that word, I marched out and turned on all our Christmas lights. I’m sure my new neighbors are probably cringing or rolling their eyes. I mean it’s not even Thanksgiving yet. But I felt it was an important sign. That even as we prepare to give thanks, we light up the world around us.

We are bringing light to the darkness. We are standing on the hill as a beacon of light.

SEE ALSO: This is a Call for Discernment

Do you sense we are in that time? I think we all know it.

It’s time to lay aside our differences–the petty disagreements–and stand. It’s time to be the beacon set on a hill.

“The spiritual did not come first, but the natural, and after that the spiritual” I Cor 15:46.

Will you join me as we flip the switch to bring light to the darkness?

Lord, let our light penetrate the dark places and uproot the corruption within the  foundation of our nation.

Let’s LIGHT IT UP!