Where do we look for bread when the shelves are empty? (Speaking both of natural and spiritual bread…)

Have you gone to the store only to find the shelves empty?  It’s easy in those moments to allow fear to grip our hearts. Where will we get bread to feed our families? (And I’m not even going to touch on the toilet paper issue!)

One of the most important things we should remember in this chaotic season is that Jesus said, “I am the bread of Life.” It is no coincidence that He used those particular words.

Recently I was pondering the story of when Jesus fed the multitude. It is interesting to note that we are in the same time frame in our world as when this story took place as it was “when the Jewish Passover Festival was near.” (Passover this year is April 8-16.)

There are no coincidences with God. He has a message for us.

When Jesus looked up and saw a great crowd coming toward him, he said to Philip, “Where shall we buy bread for these people to eat?” He asked this only to test him, for he already had in mind what he was going to do.

Philip answered him, “It would take more than half a year’s wages to buy enough bread for each one to have a bite!”

Another of his disciples, Andrew, Simon Peter’s brother, spoke up, “Here is a boy with five small barley loaves and two small fish, but how far will they go among so many?”

Jesus said, “Have the people sit down.” There was plenty of grass in that place, and they sat down (about five thousand men were there). Jesus then took the loaves, gave thanks, and distributed to those who were seated as much as they wanted. He did the same with the fish.

When they had all had enough to eat, he said to his disciples, “Gather the pieces that are left over. Let nothing be wasted.” So they gathered them and filled twelve baskets with the pieces of the five barley loaves left over by those who had eaten.

I have always loved that story and have often heard, how God can use whatever we have in our hand no matter how small. Which is true. But then God broke into my thoughts and interjected, “It doesn’t require that you have anything. For I created the world out of nothing.”

My world exploded with that thought of how we limit the power of God in our lives to somehow think He is controlled by what we possess.

When He created the world, He simply spoke and it appeared. That creative power in His words is still active today and He has given us the power to align with His Words to declare and create—and if need be out of nothing.

“For my thoughts are not your thoughts, neither are your ways my ways,”declares the Lord. “As the heavens are higher than the earth, so are my ways higher than your ways and my thoughts than your thoughts. As the rain and the snow come down from heaven, and do not return to it without watering the earth and making it bud and flourish, so that it yields seed for the sower and bread for the eater, so is my word that goes out from my mouth: It will not return to me empty, but will accomplish what I desire and achieve the purpose for which I sent it. You will go out in joy and be led forth in peace, the mountains and hills will burst into song before you, and all the trees of the field will clap their hands (Is 55:8-12.)

According to the Jewish calendar this is the year 5780.  The number 80 in Hebrew correlates with the 17th letter of the Hebrew alphabet, which is the letter pey which means  “mouth.” This is the year of the mouth which also means: to express, to declare, speech and breath.

With our mouth we speak and declare. What are you declaring and creating over your world right now as the opportunity to fear knocks at your door?

He is trying to teach us something that we not only need now, but will need in the future, if we will grasp hold of this truth.

May we come into agreement with His Words which carry the power to create as we declare:

The word restore in that verse is the Hebrew word shûwb which encompasses a multitude of things. It means He will cause us to recover, to be refreshed, to be delivered, to lie down in rest, to be rewarded, to feed, to rejoice, to go again, to be recompensed, to be rescued…and more.

This is not a time to fear, but to declare with our mouth what His Word says, not to regurgitate what the media says.

We will indeed create our world with our words. Will it be one of provision or one of fear and lack? 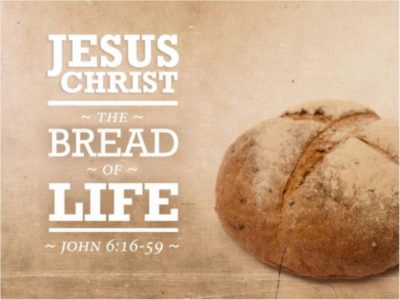 We need to get past the place where we look upon empty shelves and see what is missing, but instead recognize the power of God within us and see His provision. Jesus didn’t see lack. He saw the miracle. If He fed the multitude, He can certainly feed you and your family. He healed the sick, and if you get sick, He can heal you. In fact, He told us to heal the sick. It is the power He has given to us.

Heal the sick, raise the dead, cleanse those who have leprosy, drive out demons. Freely you have received; freely give (Mt 10:8).

I believe this can be the greatest hour the Church has seen, if we will simply rise up in the power He has given us.

It is time the Church becomes the Church. May this be a time of healing revival to sweep our nation and restore our land.

It’s time we take our eyes off the waves and the storm and instead align our hearts and our words with His heart and His words. May we see with His eyes for in His world there is no lack. Lord give us this day our daily bread…

Let us take the Word to declare and create a different world around us than we presently see. For He left it up to us to speak out His Word. It is His job to then watch over His Word to perform it (Jer 1:12).